As an Amazon associate, I earn fees from qualifying purchases. Thanks for your support!

As an Amazon Associate, I earn from qualifying purchases. Thanks for your support.

Atari were a dominant force in the gaming market back in the 80s (well, until the 1983 video crash, at least!), and you can pay homage to the gaming giant with my choice of the best Atari hoodies for adults.

The official Atari VCS/2600 Woody Hoodie has been highly sought after since its launch, and is based on the first three console models which featured a front wood grain panel. It’s available from Merchoid.com. 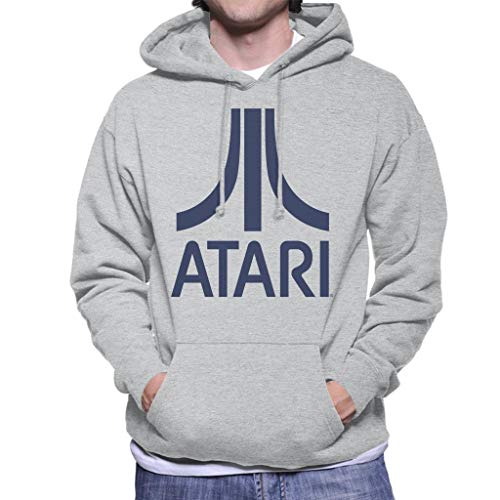 This is my favorite of all the Atari logo hoodies, and the blue logo sits perfectly againts the athletic gray color of the hoodie. It’s available in men’s sizes from small to XX-Large and can be bought from the official Atari store on Amazon.com. See also Women’s Gray Atari Hoodie 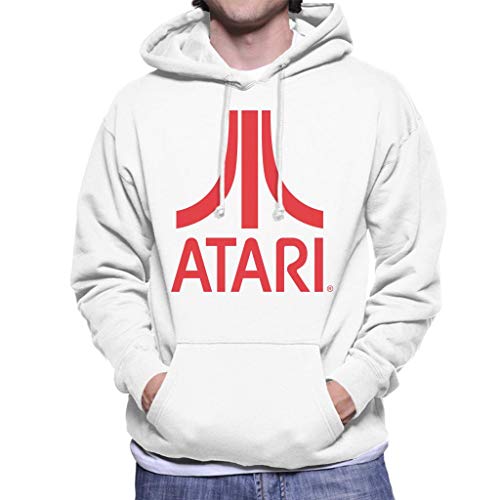 You can also buy an official red logo drawstring hoodie which is available in white, gray or black. Personally, I prefer this white one. 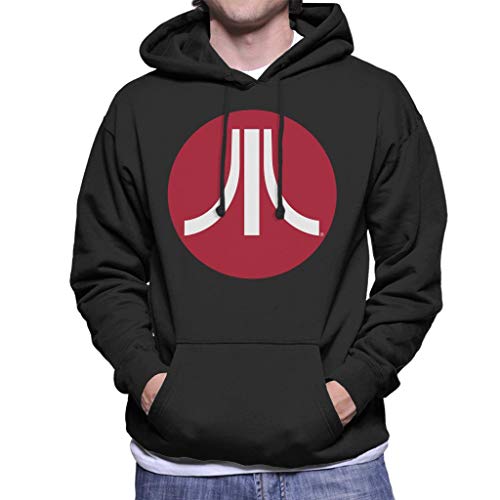 Also very eye-catching is this official circle logo hoodie for men, which has been a popular choice through our website. 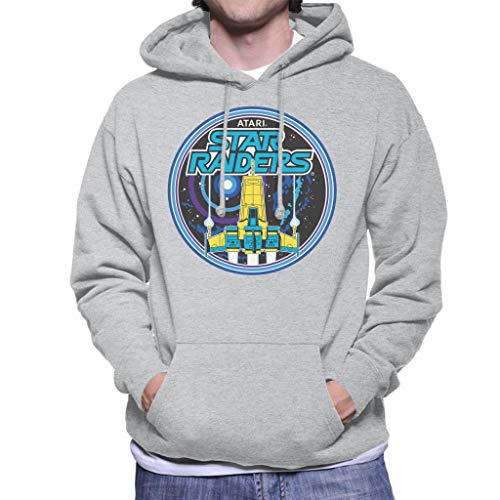 Released for the Atari 400/800 home computer in 1979, Star Raiders was the very first space fighter game, which was later ported to the 2600 and 5200 consoles. It received rave reviews from the critics, and you can pay homage to the game with this official hoodie for men, available in sizes small to XXL. Women’s Star Raiders Hoodie 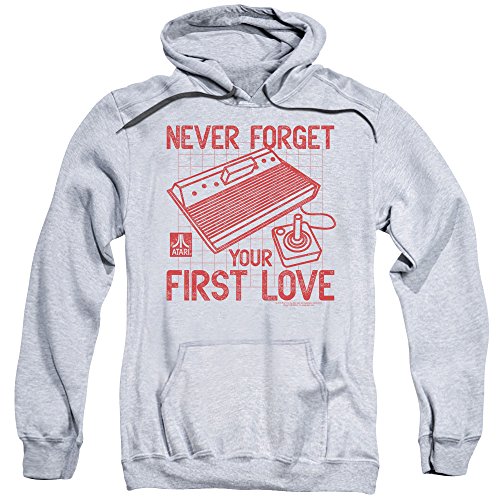 For those who owned an Atari VCS/2600 console, it is hard to forget those long lost years from your childhood. You can show your love with this licensed hoodie available in adult sizes S to 3XL. 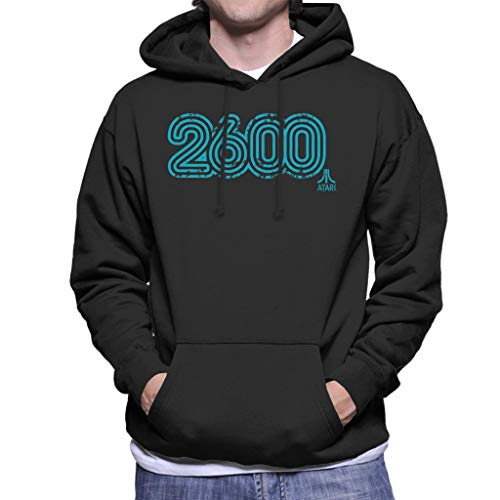 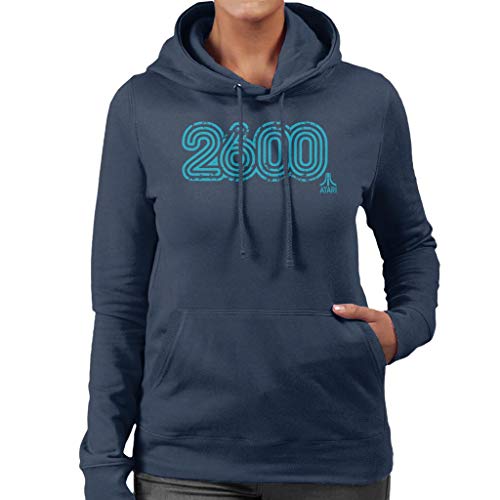 The 2600 was a hugely successful ROM cartridge-based games console, and was built from 1977 to 1992. You can also show some love with this official 2600 logo hoodie, which is available in black and navy blue. 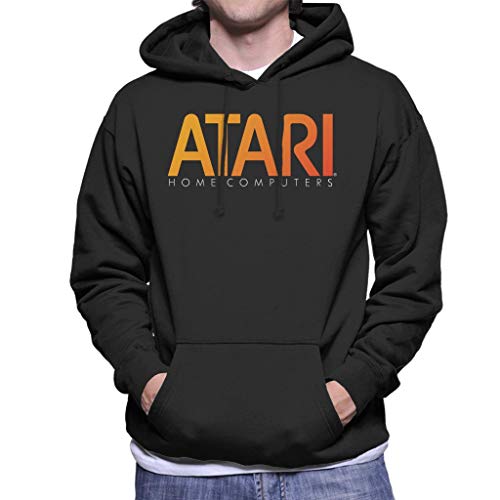 The flame-colored logo really jumps out at you on this licensed black Atari Home Computers hoodie for men, which is available in sizes from small to XX-Large. 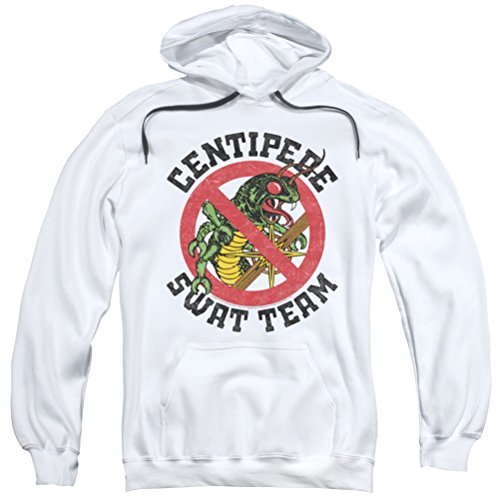 This amusing Centipede Swat Team white hoodie for men features the centipede graphic which appeared on the original arcade machines. It’s officially licensed and available in adult sizes form small to 3XL. The iconic game originally launched in 1980, and was ported to the 2600 console in 1982. It was also made available for the 5200, 7800 and 8 bit computers. 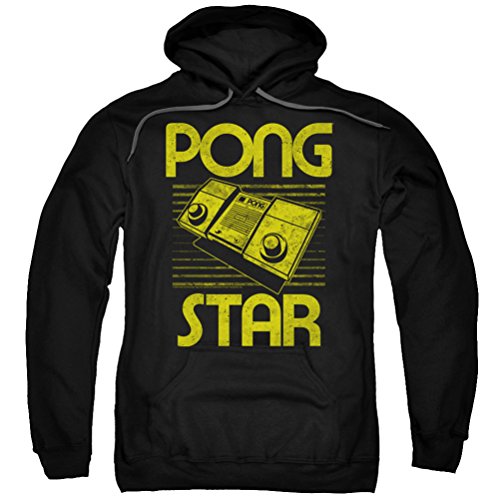 Atari Inc. was founded in 1972 by Nolan Bushnell and Ted Dabney, and the iconic Pong was their very first game, which was launched as an arcade cabinet and then a console in 1975. This hoodie would make a great gift for wyone who grew-up playing Pong. 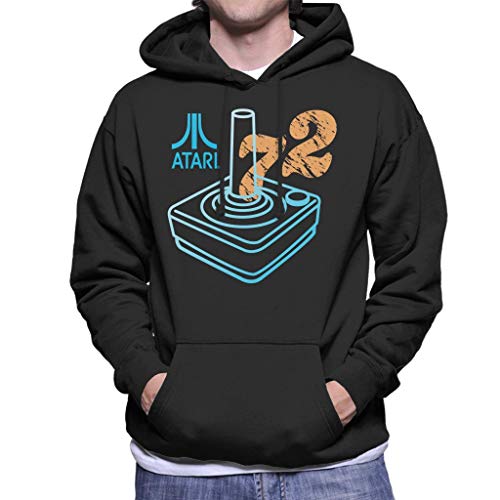 You can celebrate the birth of Atari with this official 1972 hoodie featuring the logo and original joystick, and which is available in black or navy for men.